Bury the Hatchet: 2011 Bdote Peace Accord


“May peace subsist between us, so long as the sun, the moon, the earth, and the waters shall endure.”  Mantanton American Indian Chief  (May 1, 1767)

The 2011 Bdote Peace Accord which will be signed this weekend includes the commitment to a strategic process of peace-building dialogue using the Four Way Test as the guide through Four Years of Healing.  The parties are committing to collaborate in order to craft management policies that would apply the Universal Code for Holy Sites to indigenous sacred sites in North America, starting with Bdote.  I hold to the hope that this  four year peace-building process will lead the parties to move through a process that will ceremonially and figuratively "Bury the Hatchet" and will lead to justice and then healing.  My prayer is that the next generation of Americans, Canadians and First Nations/American Indians will only speak of racism, insult, conflict, apathy,  pain, despair, violence and genocide in the past tense.

Although these issue may not be on the lips of those who live in Minneapolis and Saint Paul, and although Minnesota is a very progressive state regarding human rights, we still have a long way to go.

I've included some clips found on YouTube to continue giving voice to those who felt compelled to protest...


My vision is simply to prevent further conflict -- and that starts with the majority actually hearing the voices of the minority and making changes to bring help, hope and healing.

I celebrate free speech.  So the goal isn't to prevent a protest.   Rather let's get people together to address the issues that lead someone to the protest.  It is not my role to support or condemn those who have chosen to protest...but I envision a process of dialogue that would help bring about the hope and healing and results that are needed.

History has shown that eventually people will rise up and defend their family and their values and sacred sites.  It's obvious when you look at the Middle East that wars are fought over things deemed sacred.

Do a search on the 1990 "Oka Crisis" (the community planned to build a golf course on sacred lands),  and recent stories close to home like the May 10, 2008 Minnesota Sesequecentennial Wagon Train, Fort Snelling "tear down the fort" protests and those who reclaimed Coldwater Springs MN.

On December of 2007, the Republic of Lakotah leadership declared that as a sovereign nation it was formally withdrawal from its Treaties of 1851 and 1868. (They declare that this was not a “cessation” from the United States, but a completely lawful “unilateral withdrawal” from the Treaties as permitted under the 1969 Vienna Convention on the Law of Treaties, of which, the United States is a signatory). They are currently inviting people to join their new Republic that is located hours west from Minneapolis.

These videos are part of a recent narrative that show the raw emotions of those who feel they have been treated like they have no voice.


FOLLOW UP 11/8/11: I respectfully submit that as leaders prepare for the commemoration of the 150th Anniversary of the US-Dakota Indian War and decisions will be made about the potential development of another golf course (Fort Snelling area), that those who call this their homeland are the ones who should be consulted and involved in the decision making.  It's not my call to make-- just like I wouldn't plan an alumni event for a school I didn't attend. ( It's not my place and I'd never get it right1)

I personally believe that our society is ready for some hard discussions and the opportunity to talk about justice and healing. Any time you get people together there is an opportunity for miscommunication, stalls, false starts and misunderstandings, but I believe it's worth the risk of things being uncomfortable if the end result brings justice/healing/hope.

I received an email that indicated that some people were offended by the Bdote Peace Accord because it was seen as another group of non-indigenous people deciding what is good for indigenous people rather than allowing self determination.  I apologize publicly for any of my actions that have caused more harm than good.  I hope that those who disagree or were offended will choose to help guide those of us who are willing to listen, hear and learn but may have missed the target, even with great intentions.

BURY THE HATCHET:
This term is a phrase borrowed from the Iroquois First Nation which comes from an ceremony in which war axes or other weapons were literally buried in the ground as a symbol of newly made peace. The other two languages spoken by Europeans in close contact with the Iroquois in and around what is now New York state also use the phrase: "Enterrer la Hache de Guerre" (French) and "De Strijdbijl Begraven." (Dutch)

According to tradition the Iroquois leaders Deganawidah and Hiawatha convinced the Five Nations (the Mohawk, Oneida, Onondaga, Cayuga, and Seneca) to stop fighting among their people and to form a confederacy.  The timeline is disputed but this event probably happened before Columbus sailed. To celebrate the new peace, the Iroquois buried weapons under the roots of a white pine. Oral tradition tells that underground river then miraculously washed the weapons away so the tribes could never use them against each other again. This may have been the first such peace-making ceremony or merely the first written account. 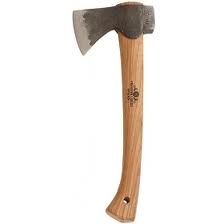 European missionaries and settlers took note of the tradition in the seventeenth century. French records from 1644 relate that the Iroquois visiting Quebec "proclaim that they wish to unite all the nations of the earth and to hurl the hatchet so far into the depths of the earth that it shall never again be seen in the future" [translation from Thwaites' monumental Jesuit Relations].

The first mention of the practice in English is to an actual hatchet-burying ceremony. Years before he gained notoriety for presiding over the Salem witch trials, Samuel Sewall wrote in 1680, "I writt to you in one [letter] of the Mischief the Mohawks did; which occasioned Major Pynchon's goeing to Albany, where meeting with the Sachem the[y] came to an agreement and buried two Axes in the Ground; one for English another for themselves; which ceremony to them is more significant & binding than all Articles of Peace[,] the hatchet being a principal weapon with them."

According to a mash-up of online resources, the "hatchet and "tomahawk" were both used because different tribal groups had different names for the weapon.  In 1705 Beverly wrote of "very ceremonious ways to concluding of Peace, such as burying a Tomahawk." (Tomahawk is an Algonquian word, not Iroquoian).

The common phrase "bury the hatchet" became popular after a letter written on September 18th 1753. The Lord Commissioners of Trade and the Plantations in London wrote a letter to the Governor of Maryland that reads, "His Majesty having been pleased to order a Sum of Money to be Issued for Presents to the Six Nations of Indians [the Iroquois] and to direct his Governour of New York to hold an Interview with them for Delivering those presents [and] for Burying the Hatchet ..."

Non-Iroquois tribes were practicing the ceremony by the end of the French and Indian War. In 1761, after the French surrendered Canada, their traditional allies the Micmac (an Algonquian people) buried the hatchet with the British. In the decades after American independence, Congress buried the hatchet with several tribes, many of which (like the Chickasaw) were not Iroquoian. The opposite term of peace-making is "taking up the hatchet", which occurs in English as early as 1694. Variants include "dig up," "raise," etc.

Before the end of the eighteenth century, the phrase was extended to include peace between countries, specifically between the U.S. and U.K. After signing their treaty in 1794, John Jay wrote to Lord Grenville, "To use an Indian expression, may the hatchet be henceforth buried for ever, and with it all the animosities, which sharpened, and which threatened to redden it."

In the early nineteenth century, the phrase was extended further to refer to personal or professional relations between individuals, the sense in which it is most widely used today. In 1807, during the Aaron Burr trial, Maj. James Bruff testified, "I had long been persecuted by the General [Wilkinson], but wished to bury the hatchet." Knowing now that Wilkinson was a traitor, we can form our own opinions on where he should have buried it. 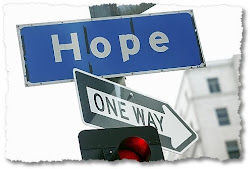 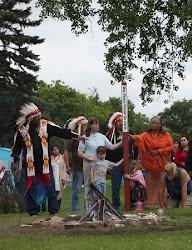 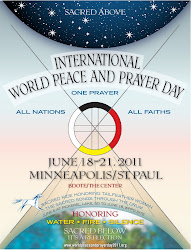 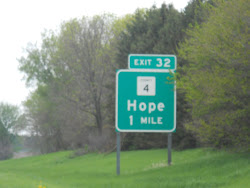